SONGS WE KNOW  When Hits Become Art
with Christiaan Smith

Smith is the son of Jan Mirenda Smith, Executive Director of Bergstrom-Mahler Museum of Glass. 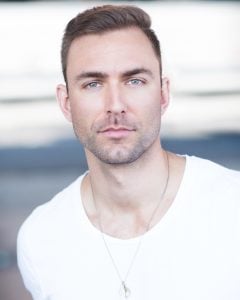 You saw him at the Fox Cities PAC as Gaston in the national tour of Beauty and the Beast, the show in which reviewers called his voice “formidable,” and “show-stealing.” Now listen to him sing a classic vocal recital before he takes it to Carnegie Hall.

All tickets include a talk-back session with Christiaan after the concert.

VIP tickets include an exclusive meet and greet with Christiaan and an autographed photo.

Have a look at the items available at the silent auction that will be held at the event.

The gallery was not found!